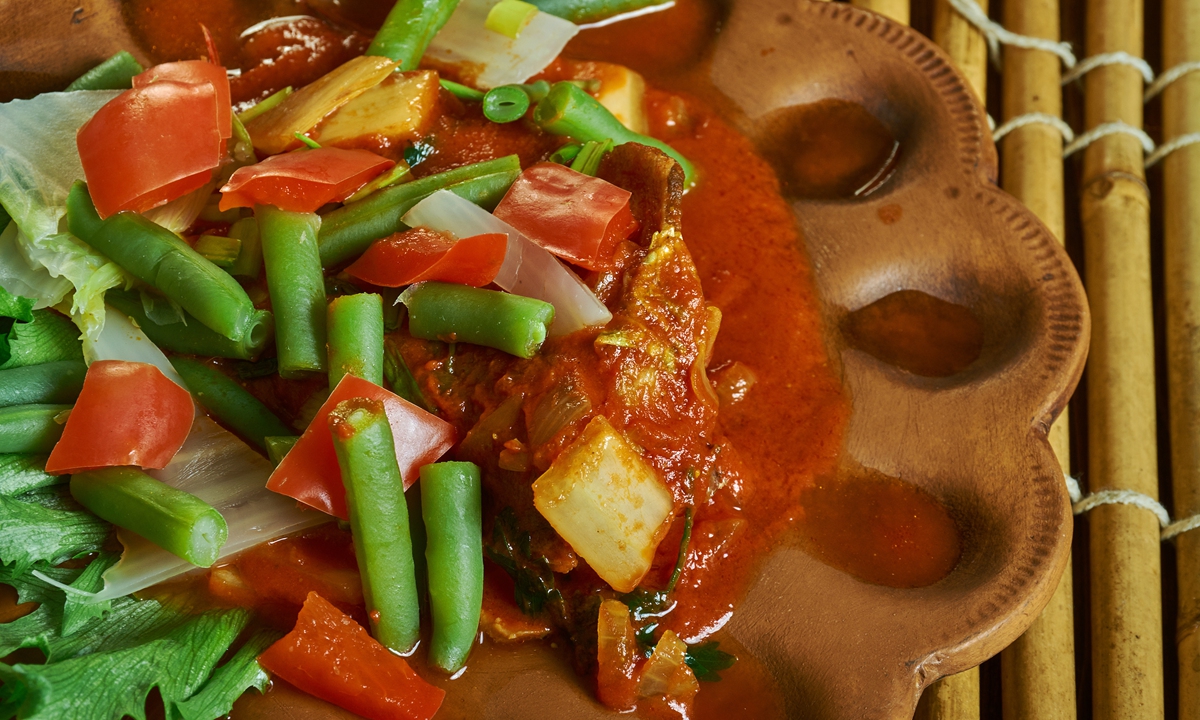 Congolese chef Dieuveil Malonga learned his craft in Europe’s top restaurants, but owed his success to his grandmothers across Africa, who passed on the gastronomic secrets that underpin his acclaimed Afro-fusion cuisine.

“I travel (to) different countries … to learn from the grandmothers. Then I get these old recipes and bring them here to my laboratory and we try to make it a little more modern with my chefs,” he said.

The 30-year-old from Congo-Brazzaville has visited 38 of 54 African countries, bringing fermentation and other techniques as well as ingredients that give the dishes in his restaurant in Rwanda’s capital Kigali texture and taste.

The treasures he collected on his travels can be found everywhere in Meza Malonga (“Malonga’s Table” in Kiswahili).

Containers of tiny chili peppers from Ivory Coast, pebe nuts from Cameroon and dried Mbinzo caterpillars from the Congo fill an entire wall of the restaurant.

Food experts have largely ignored the continent’s culinary heritage as there is not a single Michelin-starred restaurant on the continent.

But that could change soon, thanks to the efforts of chefs like Malonga who co-founded Chefs in Africa – a website dedicated to promoting the region’s emerging stars.

“Something … is happening in Africa and people are interested in learning more about African cuisine,” he said in an interview with AFP in his restaurant a few minutes before the dinner rush.

He emphasized the diversity of African cuisine using the example of Nigeria, where you can choose from more than 20 dishes every day.

Malonga was born near Brazzaville, the capital of the Republic of the Congo, where, despite the early loss of his parents, he enjoyed “a very happy childhood” in a close community, according to its website.

At the age of 13 he moved to Germany and lived with a pastor’s family, later he attended a renowned culinary school in Münster.

It was a perfect fit.

“I like to eat, I eat all the time,” he said, and burst out laughing.

“I (come) from a family that likes and celebrates food.”

After graduating, he trained in some of Germany’s top restaurants, including the three Michelin-starred Aqua in Wolfsburg, before moving to France to work at the Hotel InterContinental in Marseille.

Despite his success, he said he couldn’t get rid of the feeling that something was “missing”.

So he went back to Africa and embarked on a two-year odyssey across the continent.

There he found “the key” to his new life, he said.

After falling in love with Rwanda – a fertile, hilly land with a mild climate – he opened the Meza Malonga in 2020.

Here, he says, he loves to search for ingredients and meet the people who grow the aromatic herbs and edible flowers that are used in his dishes.

The restaurant isn’t exactly cheap – an average meal including drinks costs around $ 150 per person – but its customers are happy to pay for an experience that blends traditional African ingredients with modern techniques.

Its clientele includes locals, expatriates and tourists who queue up for a meal that looks as good as it tastes – with chefs meticulously arranging each dish with tweezers.

Diner Laura Tomini said the experience made her feel “in business class”.

Although African-born chefs like Pierre Thiam have caused a sensation in the global food scene and popularized Afro fusion in the West, Malonga aims to raise the continent’s gastronomic profile.

By 2023 he wants to “create something big” by opening a new restaurant in the rural northern Musanze region at the foot of the Virunga Mountains and its famous gorillas.

He wants the second incarnation of Meza Malonga to serve as a training facility for the next generation of Africa’s top chefs.

In Kigali, the gentle Malonga works with 10 young cooks, mainly Rwandans, but also Burundians, Ugandans and Tanzanians, who praise his openness to their ideas and his willingness to let them shine.

In Musanze, he plans to hire and train many more chefs – with the aim of changing the continent’s gastronomic reputation.