Nexans Aurora on a test drive, photo Per Eide Studio./ via Ulstein

The French offshore cable construction and installation company Nexans has a framework agreement with Terna for more than € 650 million.

Tyrrhenian Link has been described as a double underwater link between Sicily, Sardinia and the Italian peninsula.

Under the contract, Nexans will manufacture and install 500km of 500kV mass impregnated (MI) cable and a fiber optic (FO) cable in more than 2,000m of water, the deepest ever for a submarine power cable in the Mediterranean.

The Tyrrhenian connection is an important milestone in the much-needed development of the electricity network in Europe. It creates a new electricity corridor between Sicily, Sardinia and Campania, which enables the construction of the first electricity loop between the two islands and mainland Italy.

The project will help increase electricity exchange capacity and support the development of renewable energy flows. In addition, it will strengthen grid stability and security and increase the competitiveness of producers in the local electricity markets, said Nexans.

Nexans will use the recently launched cable-laying vessel to install the Nexans interconnector cable.Nexan’s Aurora“, Which can lay deep water cables in water depths of over 2,000 m and supports a cable payload of 10,000 tons. 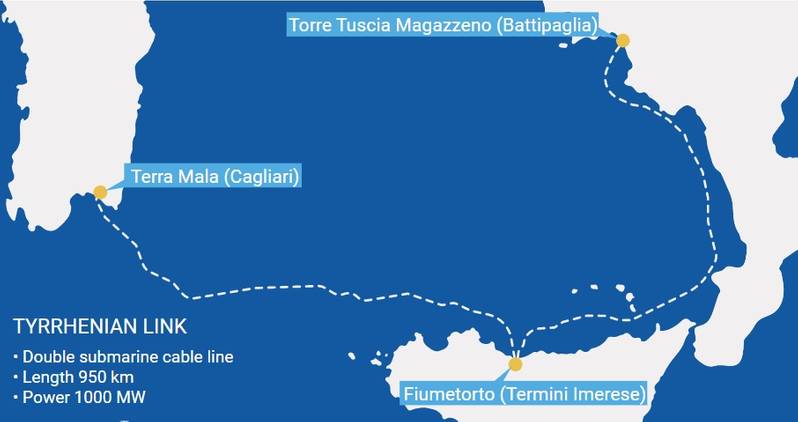